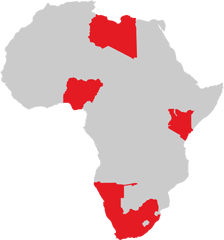 The inaugural meeting of the Southern African Endourology Society was held at the Urological Association of South Africa congress in the Drakensburg in August 2008. The meeting was addressed by Prof Arthur Smith (founder of the world Endourological Society) and Dr Jaime Landman, one of the foremost minimally invasive urological surgeons in the world. Southern African and International delegates attended the launch, which signified a new commitment in the region to minimally invasive surgery in Urology. This society represents all African countries, and has members from South Africa, Namibia, Libya, Kenya and Nigeria. It is affiliated to the world Endourology Society, with whom it shares a journal, the Journal of Endourology. 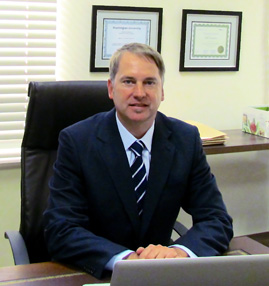 Dr Marius C. Conradie has been in private practice since November 2013 at Netcare Waterfall City Hospital. Prior to this, Dr Conradie has been the Head of the Urology Department at the Pietermaritzburg Metropolitan Hospital Complex since 2006. After obtaining his degree as a urologist at the Nelson R Mandela School of Medicine in South Africa, he furthered his Endourology training at the Washington University in St. Louis, USA and recently completed his Robotic Surgery Fellowship at Irvine University California in the USA. His main focus in his professional and academic career is laparoscopic urology where he played a leading role in the development and training of laparoscopic urological surgery in South Africa and has developed numerous innovative laparoscopic techniques in laparoscopic urological surgery. Dr Conradie has received a number of national and international awards in recognition of his work and clinical research in the field of Endourology. He is a founding member of the Southern African Endourology Society and is currently serving as the President of the Society. Dr Conradie has also been appointed as the president of the World Congress of Endourology and ESWL for 2016 to be hosted in Cape Town, South Africa.